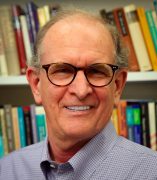 PhD University of Illinois in Chicago

"A Possible Solution to the Principal-Agent Problem Posed by the Contemporary CEO," Journal of Business Ethics December 2003

Understanding the American Government. A text focusing n the social, historical, and economic aspects of the American polity, with a special emphasis on policy formation.