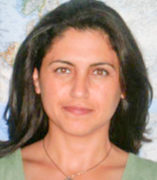 Sultan Tepe's research focuses on a range of issues at the intersection of religion, politics, and authoritarianism and their impact on marginalized and under-researched groups. Her published work, among others, offers a methodological and theoretical critique of studies of religion and politics, and addresses a range of issues such as the blind spots of approaches to populism, polarization, political party moderation, the relevance of western originated theories of religion to other contexts, the subversive strategies of women theologians to challenge gendered spaces and hierarchies, the impact of top-down urban renewal projects on the urban poor, and the effects of urban governance on transnational religious minorities, and misperceptions about Black Muslims in the US. Her research, mentoring, and teachings have been recognized by several awards such as the Choice Outstanding Academic Title Book award, the American Political Science Association Weber Best Research Paper, Excellence in Graduate Mentoring, and the Silver Circle Teaching Award. In addition to her book Beyond Sacred and Secular (Stanford University Press https://www.sup.org/books/title/?id=9669 ), her analyses and commentaries have appeared in numerous journals and edited volumes such as Journal of Democracy, Foreign Policy, Political Research Quarterly, Democratization, Populism, The Oxford Encyclopedia of Politics, and International Journal of Religion: Politics, Sociology, Culture. She is the editor-in-chief of Politics and Religion.

How Authoritarians Win When They Lose. Journal of Democracy, vol. 32, no. 4, Oct. 2021, pp. 87–101.https://www.journalofdemocracy.org/articles/how-authoritarians-win-when-they-lose/

PhD University of Texas at Austin, 2002