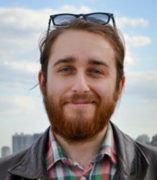 Semih Patan is a third year doctoral student at the department of political science at UIC and is specializing in comparative politics and urban politics fields. Before coming to UIC, he received a BA degree in International Relations from Istanbul Bilgi University and an MA degree in Turkish Studies from Sabanci University.

His research interests include intersection of religion and politics particularly in authoritarian settings and during processes of democratization, trust in government in authoritarian regimes among others. He is also working on a long-term project in which he is developing an analytical concept called “cities with identities.” In doing so, he looks at cities that are commonly associated with certain identities –at least in the popular perceptions of people—and tries to figure out how these identities shape urban policy and planning.