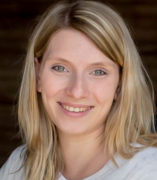 Eliska Schnabel grew up in the Czech Republic and moved to the United States in 2010 after she married her American boyfriend. She has bachelor degrees in political science, European studies, and international relations from Masaryk University in the Czech Republic. She also has Master's degree in international relations from the same university. Eliska started PhD at UIC in 2013. Her major is comparative politics, minor urban politics, and she is interested in minority rights, democratization, extremism, and non-democratic regimes. Eliska lives with her husband Jay and two sons Samuel and Daniel in Wheaton.