Hello, Political Science students, and welcome back!  I just wanted to touch base with you briefly on a few quick points:

1.  This is an unusual semester to say the least. Most of our courses are remote synchronous, and a few are fully online and asynchronous, and we are doing our absolute best to deliver the highest quality of education to you. We want you to get everything out of your courses that you would be getting if we were sitting in the classrooms together.
2.  All the faculty and staff of the Political Science Department are here to help you, so don’t hesitate to contact us. We enjoy talking with students!
3.  If you have any issues, concerns, or questions about a Political Science course that you want to share with me, you can send me an email at mckenzie@uic.edu<mailto:mckenzie@uic.edu>, or call me at 312-413-3782, and I will try to help you with it.

Alexandra Filindra, UIC professor of political science, is quoted and her research is cited in a New York Times column by Thomas Edsall, who writes about ethnicity and race in the Republican Party’s political strategy and the role of racism in the party’s current political agenda. “In the context of increased social diversity, portions of the public are willing to support calls for an exclusionary moral community of virtue at the expense of norms and institutions of democracy,” Filindra wrote in a 2018 paper. The column appears online (with subscription) via The New York Times or without a paywall via news aggregator DNYUZ.com.

Dr. Filindra has co-authored this project with Beyza Buyuker, based on her dissertation work. Beyza’s work recently received the best paper award from MAPOR (The Midwest Association for Public Opinion Research). The two have co-authored work out with Social Inquiry now, and Beyza has solo-authored work currently out for review as well.

The entire department wishes both congratulations and are proud of their accomplishments!

Johnson, whose research interests included American politics and government, urban politics and political behavior, served in a variety of academic and administrative leadership positions over three decades at UIC before retiring in August 2000.

For more information use this link

Professors Petia Kostadinova and Evan McKenzie, our Director of Undergraduate Studies and Department Head, attended the Ignite event on April 6, with thousands of accepted first-year students and their parents.  They met with dozens of incoming students who are interested in majoring in Political Science.

Astrida Tantillo, the Dean of the College of Liberal Arts and Studies, joined the conversation and told parents and students that Political Science is one of the fastest-growing majors at UIC, with a variety of job prospects for graduates. 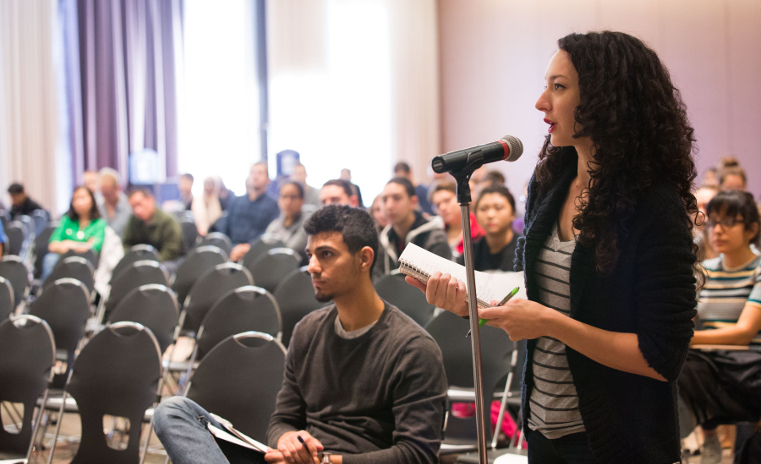 Political Science is the systematic study of politics and its connection to human life. It focuses on the way people are governed and how they govern themselves in a wide variety of settings—including the state, the workplace, schools, and the family—and the way in which governance in those settings affect their opportunities and shapes their sense of self. Students who elect this major examine, among other things, the relationships between law and political institutions, economic and political power, culture, and identity. They develop the analytical, interpretive and critical methods necessary to understand these relationships across various levels of governance and graduate prepared for careers in law, government, teaching, journalism, business, and the non-profit sector. 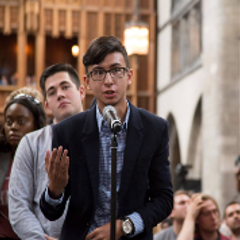 “It wasn’t really that I immediately chose UIC, so much as UIC took the time and effort and sought out minority students from underrepresented counties in Illinois and had enough courage to believe in me. They also offered me a financial award that allowed me to receive a college education in the first place. This, to me, is what UIC’s commitment to diversity and inclusion is all about.” 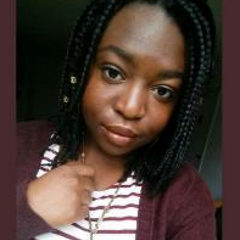 “Education extends from the classroom to the environment around you.  The University of Illinois at Chicago’s Political Science department challenges me to escape my comfort zone and learn from all of the diverse perspectives that I am exposed to on campus and the city around me.” 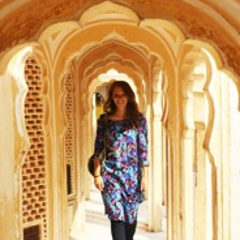 “My research, but more importantly, my development as a graduate student and emerging scholar, would not have been possible without the support from my advisors, UIC’s support and the research support of several national institutions. I was able to benefit from many departmental awards including Milton Rakove Memorial research and paper awards, and the Lynn Ragsdale Fellowship, which helped support my study of Hindi in Jaipur, India. I was able to learn Hindi and complete my initial research in India with the support of awards, like UIC’s Dean’s Scholar Award, and National-level awards, such as the Critical Language Scholarship, and a Fulbright-Nehru Fellowship. Not only did my advisors encourage and support me to pursue many research opportunities, but also we celebrated together as I found success in these awards. Probably the defining moment was at this past American Political Science Association conference (2015) where I received the Norton Long Young Scholar award in front of my main three advisors-Dr. Sultan Tepe, Dr. Dennis Judd, and Dr. Yue Zhang as well as a friend, former student, and now assistant professor, Dr. Annika Hinze. I’ve benefited immensely from the intellectually stimulating supportive environment that Chicago and UIC have provided.”

Why Political Science...What it can offer...